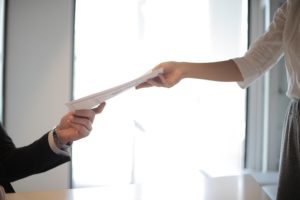 With more states legalizing marijuana for recreational and medical use, workplaces must consider enforcing a drug-free workplace under a growing number of rules. While federal law still considers marijuana a Schedule I substance, its legalization (medical and recreational use) by individual states continues to change the dynamic. Information from the American Staffing Association attempts to wade into the tricky subject.

A positive test for marijuana once meant an employee would not be offered a job or signaled an immediate termination. Today, a positive test could have an alternative outcome. Evolving state legislation regarding the use of marijuana for medical and recreational purposes continues to present new challenges, but staffing companies still have the right to prohibit employees from possessing, using, selling, distributing or manufacturing marijuana at work.

Enforcement of a drug-free workplace places safety at the forefront. As a result, companies can still adopt and enforce a drug-free, zero-tolerance policy. Zero-tolerance rules are designed to keep an employee who might be under the influence from operating heavy equipment, making medical decisions or supervising children. Those found in violation, either by using or impaired from use while on a work site can still be terminated. This is true even in states where the use of recreational and medical marijuana is legal.

What remains questionable is if a company located in a state where medical marijuana is legal should implement a drug-testing policy. This includes considering if implementation of drug testing for marijuana could violate the state’s medical marijuana laws. This matter is particularly complicated for companies with mandatory drug testing because of U.S. Department of Transportation regulations.

Have it in Writing

As with any policy, it is critical to have everything in writing in a format that is easy to comprehend by all employees. This includes a written policy for a drug test that includes a thorough understanding of federal, state and local laws. The next decision being which employees and which drugs will be tested. Distribution of testing must also avoid any discriminatory practices that could single out a specific group, race or protected class.

Currently, there is no state law mandating an employer allow the use of medical marijuana in the workplace but there may be other necessary steps to address its use on the job. One example being the Americans with Disabilities Act (ADA) guidelines to determine if an individual needs accommodation. This would necessitate a positive test and possession of a current medical marijuana card. In states where recreational marijuana use is legal, it becomes more complicated since testing is not able to determine when the drug was last used, the amount of the drug used or if impairment is currently occurring in the workplace.

Diana J. Geller, Esq. and Joseph NcNelis, Esq., authors of the article, Clearing the Smoke on Medical Marijuana referenced throughout this blog, recommend a plan using the following steps as guidance.

“If you love what you do, you’ll never work a day in your life!”

Will you make the Top Talent Cut?