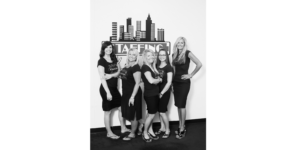 There’s an interesting thing occurring. Job candidates say they can’t find a job and those looking to hire say they are unable to find the right candidates. It’s a quandary that’s stressful for those on both sides of the equation.

With the threat of a “Great Resignation” and the cost of a bad hire always looming, many are ready to look at the hiring process differently, reassessing some of the more traditional processes that continue to be a part of hiring new employees.

Because of the number of internal people weighing in on a job description, the final job description often results in a laundry list of requirements. These “unicorn” requirements often become so lengthy it’s unreasonable to think the requirements will be filled by just one candidate, making a hiring manager’s job even more difficult. Instead, limit the requirements to 6-7 points and separate the “nice-to-have” skills from the must-have skills.

Diversity conversations are happening in every corner of life. To hire the right person, some are changing how they look at diversity. This includes taking a close look at the hiring tools being used to increase diversity within the workplace. For example, if an entire group performs badly on a test, there’s a good chance the issue is reflective of the test and not those taking the test.

Tests used to screen for values and integrity are well-known for the false findings they produce. Even though these screening measures produce less-than-stellar results, the tests continue to be used. As explored by Harvard Business Review (HBR), these tests often fail to take into the account the differences among individuals.

The tests, which can be highly manipulated by the test taker, measure states that will change over time as an individual’s context changes. Instead of relying on these tests, HBR encourages human resources to measure stable traits, ones that won’t change once the candidate has been on the job for a length of time. Personality tests are more effective when combined with other measures such as integrity or cognitive ability.

Take-home tests and projects or on-site technical tests are often used to gauge ability. But these tests are often not reflective of the day-to-day tasks of most roles, failing to demonstrate how most people work. Likewise, timed tests create unnecessary stress on candidates and often cause them to drop out of the hiring process. Take-home assignments may offer a better example of a candidate’s skills, but these individuals should be compensated for this outside work.

To better level the playing field, the interview experience should be standardized from candidate to candidate. Hiring managers should work with the company’s leaders and peers to develop an evaluation model that’s used for every hire, asking all candidates the same questions and tests, and providing the same starting offers.

Those who continue to hire with a check-the-box mentality will not produce employees who can bring something beyond a list of hard skills. Instead, look to hire in a way that dovetails with the company’s culture and look for candidates who are open to change, love to learn and who will progressively help an organization become a leader in a competitive market.

How to Become a Better Listener and Communicator

Employers Find Recalling Employees Back to Work Comes with Challenges

Is it Time to Hire?