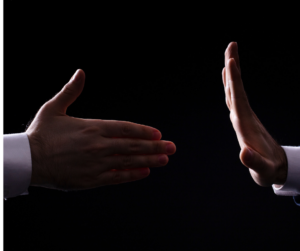 Hiring is an expensive and time-consuming process. During an ongoing labor shortage, quality hiring has become mission critical for many organizations. With job recruiters putting in long hours and candidates anxious to land a new role, this would appear to be a win-win situation for both. But the hiring process continues to encounter several snags – hinting there’s a breakdown in communication between recruiters and job candidates.

When applying for or accepting an offer of employment, 53% of U.S. adults said inappropriate interview questions are the primary deal-breaker, according to a recent online American Staffing Association (ASA) Workforce survey conducted by The Harris Poll. What’s perceived as an inappropriate interview question can also differ between male and female job candidates. In addition, there is also a difference between what might be considered aggressive behavior that would deter a person from accepting a job position.

Other reasons for passing on a job offer include unrealistic job or skill requirements (51%), and misrepresentation of the job or skills needed for a position (50%).

Additionally, an earlier edition of the ASA Workforce found that job candidates want and expect interaction from a perspective employer. Three out of 10 adults said they wouldn’t apply for or accept a job if the prospective employer does not answer questions posed regarding open position (38%), a hiring manager or recruiter does not follow through (37%) and if there is no face-to-face contact initiated by the recruiter or hiring manager during the hiring process (30%).

“Each touchpoint in the recruitment process vitally matters to job seekers,” said Richard Wahlquist, ASA president and CEO. “In the tightest labor market in modern history and facing fierce competition for talent, employers cannot afford to make costly mistakes that prevent individuals from applying for employment or accepting job offers.”

The Right Way to Leave Your Job

Does Your Cover Letter Grab Attention?