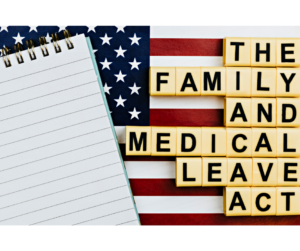 The Family and Medical Leave Act (FMLA) entitles employees of covered employers to take unpaid, job-protected leave for specified family and medical reasons with continuation of group health insurance coverage under the same terms and conditions as if the employee had not taken leave.

But an employee on FMLA, must still adhere to certain rules during their leave of absence. This includes compliance with call-in requirements as stated in a recent case, Koch v. Thames Healthcare Group, LLC.

The employer, Thames Healthcare Group, had an attendance policy stating that an employee must notify their supervisor at least two hours before the shift starts if they will miss work. In addition, employees must provide sufficient information to trigger FMLA. Failure to call in an absence is considered a no-call/no-show. Two no-call/no-shows is grounds for termination.

Koch, a nurse working for Thames Healthcare Group, missed two consecutive shifts, the first for a doctor’s appointment for a wrist injury. On the second absence, Koch offered no explanation for her absence, only that she would miss the rest of the week and could not leave the house, having run out of medication. Koch failed to provide timely notification for this absence. The nurse then missed her next two shifts. Her supervisor submitted termination paperwork in response.

The nurse later provided a doctor’s note stating treatment for major depressive order and ADHD on the fifth day. The note from the doctor excused her from work for the week. Despite this, Koch was terminated and sued alleging interference with her FMLA rights. After the trial court threw out her claims, she appealed. The U.S. Court of Appeals for the Sixth Circuit upheld the decision of the trial court, stating the nurse failed to provide proper notice of her need for leave. The calls she made didn’t contain sufficient information for her employer to conclude the application of FMLA.

Koch also did not comply with the FMLA requirement to provide as much notice as practicable for foreseeable leave, where 30 days isn’t possible. The nurse did not inform her supervisor she was out of medicine in the first call and the calls didn’t comply with the organization’s two-hour, pre-shift deadline. These absences were then subject to discipline under the attendance policy.

Other texts and calls sent by Koch during the week offered opportunity to communicate with her supervisor in a timely matter. These findings demonstrate the importance of holding employees accountable for complying with reasonable call-in procedures. Employees may also be accountable for the provision of sufficient information to trigger FMLA coverage.

Look at Transferable Skills When Hiring

“If you love what you do, you’ll never work a day in your life!”