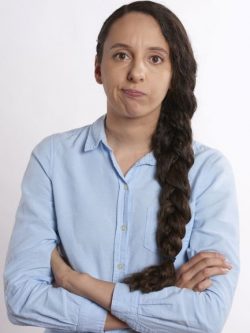 A toxic workplace could be compared to a character flaw. Everyone thinks someone else has one but not them. The same could be said of a workplace. No one wants to be seen ignoring a toxic workplace but toxicity in the workplace is more evident than anyone would like to admit. Litmus Test Unsure if you’re contributing to a toxic workplace? Answering the following questions will shed some light on the subject. If you can answer yes to even one of these questions, you’re promoting a toxic workplace. Other Signs Don’t expect that an employee survey on workplace conditions or a heartfelt talk will get to the root of the problem. A toxic workplace breeds mistrust so no matter how honest an employee might want to be, on paper or face-to-face, they are not going to be comfortable being honest. Telling the truth may be freeing but it also can unmask vulnerability, an Achille’s heel in a toxic workplace. Seeing the Repercussions For employees working in a toxic environment, there are usually a couple of choices. Those who stay often rationalize the demon you know is less dangerous than the one you don’t know, but this attitude can only drag down the individual and in time the team and organization they’re there to support. Rebellious or belligerent behavior might be satisfying in the moment but can raise tensions of its own as co-workers wait to see how and when the next eruption will occur. Finally, the last choice is to leave. Never mind if this is a valued co-worker, teammate or support system. They are gone, thankful to be out of a daily dose of toxicity. But once the damage is done, an employee can carry remnants of the previous workplace on to the next. Top Down Often the blame for a toxic workplace falls to middle management, but this group can’t fix things without the support from the top. Eradicating a toxic culture means it must be a priority for everyone involved. One bad seed or one bad apple can ruin the bunch because it sets an example that shoddy behavior is okay. Once it’s acceptable for one, it becomes acceptable for others and bad news about such a culture will travel fast. Creating a non-toxic culture is hard work and the effort to make it work never really stops, but it is worth it. A better culture improves a business, its employees and its customers. Plus, it just feels better.

Are You a Good Listener and Communicator?

Health and Retirement Benefits Increase in Importance with Employees