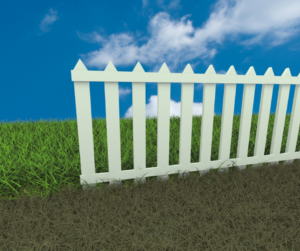 Over the past year or so, there has been much written about “The Great Resignation” and “The Great Reshuffle.” This shake-up included 3% of total U.S. employment, those who left jobs for a typically new and higher-paying role. This is more than 4 million workers every month since June 2021, according to Department of Labor figures.

But little has been said about what happens after the switch. Was the move a smart one or are there regrets? A new survey from The Muse found that most U.S. workers who changed jobs during “The Great Resignation” feel a sense of regret. A USA Today Harris poll found only 26% of job switchers say they enjoy their new job enough to remain.

More than half, seven out of ten, discovered the role or the company they elected to join were different than they were led to believe during the interview process. The Muse survey polled more than 2,500 Millennial and Gen Z job seekers. The reality check experienced by these individuals was called a “shift shock” by Kathryn Minshew, CEO of The Muse.

36% miss the loss of work-life balance

30% said the new role is different than expected

24% miss the culture of their previous job

24% did not evaluate the pros and cons of switching

But why? Minshew hypothesized that a disconnect could happen on both sides of the hiring table. Job seekers could fail to ask the right questions during the interview process or a recruiter or hiring manager could have mispresented the company and/or the role.

This was further complicated by pandemic-related conditions when job candidates could not visit an office to observe the company’s culture first-hand. She summed this up as a damaging phenomenon where people are brand new in a role and then realize the role/company is not at all as advertised.

Those who find themselves in a less-than-desirable spot have two choices: to stay put or to try again. A majority are choosing to quit. This is unlike the past where new employees chose to stay for a year or so before making another jump. The Muse survey found close to 80% of Millennials and Gen Z believe it is okay to leave a new position if the role is not as advertised. This could mean quitting within a month of hire or giving the position a probationary two to six months. Forty-eight percent said they would ask about getting their old job back. Numbers for boomerang workers, those who returned to old jobs, were up 4.5% from 3.9% in 2019, according to LinkedIn.

Minshew predicted this outlook could trigger another “Great Resignation” type of situation. To keep this from happening, she recommended companies be more upfront about roles and the work they entail to retain workers over time.

“People are much more likely to accept the good and the bad and to show up as engaged and productive if they have entered the situation with their eyes wide open,” she concluded.

Debunking the Myth: Staffing Firms Only Place the Unemployed